I’m back with an anticipated releases post! I didn’t do one in February, mostly because the books that I wanted that were coming out, I either had as ARCs or preordered. I couldn’t think of enough books that were not on either of those lists, so I decided to skip the month.

This month I am including a few books I have preordered and quite a few sequels too. But I wanted to share my excitement for these books!

END_OF_DOCUMENT_TOKEN_TO_BE_REPLACED 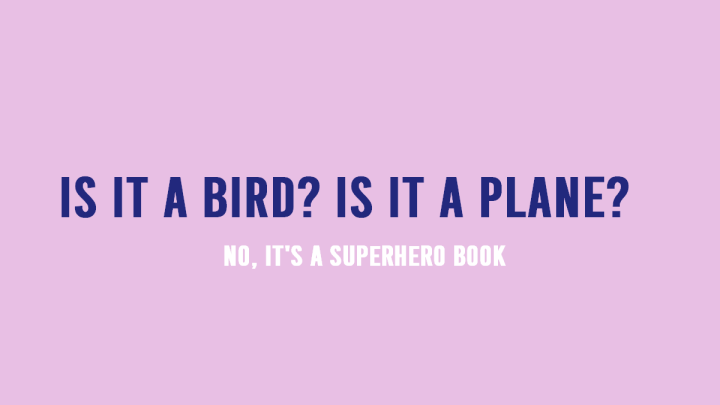 Technically this is a post that I’ve written before and have removed. But I’ve been talking to my sister and a friend about superheroes recently. And now I’m just kind of hyped to talk a little bit more about superhero books. I’ve read a few and loved a few, so now is my chance to share some of them with you!

I’m going to try to talk more about the series that I don’t really see people talk about. I adore the Renegades books by Marissa Meyer, but they’re pretty well known and I’ll be avoiding The Extraordinaries by T.J Klune for the same reason. Both of those are books I thoroughly enjoyed but I wanna go a little less popular.

END_OF_DOCUMENT_TOKEN_TO_BE_REPLACED

Sometimes you just want to dive into a fun shoujo manga. And that was why I was so excited to read this manga. It wasn’t one I’d heard of before. I hadn’t even heard of the manga-ka before, but the art looked nice, and the plot sounded fun.

Midori is a teenage girl whose family situation means that she has to take on a part-time job in a café bar. But working part-time is against the school rules, and she could lose her scholarship. The school chairman gives her an out though, if she can get three boys to come back to school, then she’ll keep her scholarship and be given a new school-approved job. What she doesn’t know is that even if she manages that? She still has a lot more work to do to keep them in line.

END_OF_DOCUMENT_TOKEN_TO_BE_REPLACED

I’m gonna start this review by saying how amazing is this cover? Honestly, knew I wanted to read this book from when I first saw the cover. The moment I saw it on NetGalley, I requested it without a second thought. I knew this was going to be a dark and queer adult fantasy, and that’s most definitely what I got.

In this book, we follow Touraine, a soldier pulled from her family at a young age to join a Colonial army. And Luca, a princess who is trying to overcome a rebellion in the hope of sitting on the throne. This is very much a military fantasy, so if you like your politics blended with war, then this could definitely be the book for you.

END_OF_DOCUMENT_TOKEN_TO_BE_REPLACED 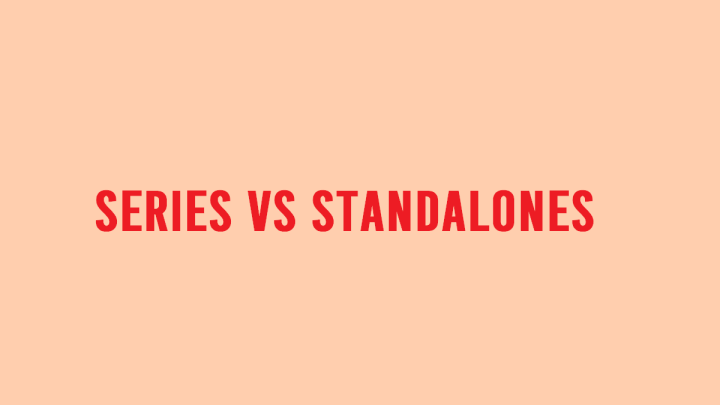 It’s an age-old debate: which are better series or standalones.

And when it comes down to it, it is a personal opinion. But this is something I’ve been thinking about as I keep seeing the question pop up on those little quiz things on Instagram stories. Both are great, but why do some people prefer series and others standalones? It can be tied to genre preferences for sure. A romance series unless it follows multiple characters can get a bit samey, but a standalone fantasy book doesn’t always hold the same impact with world-building due to page space.

Both standalones and series have their merits, and I decided that I wanted to talk a little about them and see what you all think!

END_OF_DOCUMENT_TOKEN_TO_BE_REPLACED

It’s no secret that I love reading about the fae. It’s also no secret that I’m so picky about my fae books that I wind up disliking most of those I pick up. This doesn’t mean they’re bad books in my opinion, just that I want more from the fae in them.

And that’s my main problem.

So many of the fae books seem to use the same types of fae and the same sort of world-building. The fae as a species spread across so many different cultures. Yet we always basically see the same things, and honestly, I’m a lot bored.

Rather than just ranting about fae books. Which I honestly could. I thought I’d share a few things I’d like to see in books about the fae. Some of these are things I’ve definitely included in things I’ve started, but it might give you guys some ideas too!

END_OF_DOCUMENT_TOKEN_TO_BE_REPLACED

Does anyone else see the name Junko and just think of Dangranronpa? It can’t just be me, surely. But this is a newly translated series by the manga-ka of Kiss Him, Not Me a series that the very idea of makes me cringe. But this one just sounded so fun that I had to check it out. I recieved a free copy of this book through NetGalley in return for an honest review.

Azusa is a massive fan of idol group Prince 4 U, especially Chika-kun. When she goes to their latest concert, she manages to get front row seats. But an accident happens, and without thinking, she tries to save her idol. Unfortunately, they both end up dead. Cue God coming up to them and telling them this was a mistake so they can return to life. Only, something else goes wrong and they wound up in each other’s bodies.

END_OF_DOCUMENT_TOKEN_TO_BE_REPLACED

Talia Hibbert is an author whose romance novels I’ve really been enjoying. They’re diverse, fun and the couples tend to be pretty cute. I have gone into them knowing they’re smutty. But even if that’s not something I’m a huge fan of in fiction, I’ve still been really enjoying them. I was lucky enough to get a copy of Act Your Age, Eve Brown through NetGalley, and I think it was my favourite of the series.

Eve is the youngest of the Brown sisters. She’s hopped from career to career, and after a recent mistake with doves, she’s been told she needs to hold down a job for a year. Luckily for her, she stumbles upon a chef’s role up in the Lake District. The B&B owner, Jacob, however, doesn’t take a liking to her. But he doesn’t have much choice other than to take her on.

END_OF_DOCUMENT_TOKEN_TO_BE_REPLACED

The moment I decided to write this post, I knew that it was going to be a massive one. I love worldbuilding. It’s probably one of my favourite aspects of both writing and roleplaying! The ability to create an entire world to play in, and then see how other people interact in it or want to help you improve it. From the obvious things like the planet and the countries to the more detailed areas like the people and their cultures, there’s so much that can be done. It’s both overwhelming and exciting.

I’ll admit, worldbuilding is something that comes easy to me. I’m not saying that to show off, but collecting resources for this post made me realise how easy I find it to just sit and daydream about worldbuilding. Then all of a sudden, I have notes upon notes of a whole pantheon of gods. True story. But that doesn’t mean that I don’t need resources or to research or anything like that. Research is so important, as is where you’re getting your inspiration from. And I’m hoping this post can help a little bit with that. We might be building a fictional world, but it’s still informed by what we know of the real world. In a workshop for Wired25 back in 2019, N.K Jemisin said:

Even though we’re telling stories about fiction…we’re trying to get the basic facts of science, the world and people right.”

And this statement couldn’t be truer. It’s not just that our worlds have to scientifically make sense, which they do, but it’s that the cultures and everything on them has to too. We get so many stories inspired by mythology and ancient cultures, but that makes sense because it means we have a starting point to work on. There’s no harm in that, and I’d even encourage it some extent. Just make sure to colour it with multiple aspects from that culture, not just a few obvious things that everyone knows. It’s also worth speaking to people from that culture too if you’re writing a modern one. You’ll want to avoid offensive and inaccurate tropes whilst making this new culture your own. The research is a necessary evil, but it’s one that can be inspirational too.

END_OF_DOCUMENT_TOKEN_TO_BE_REPLACED 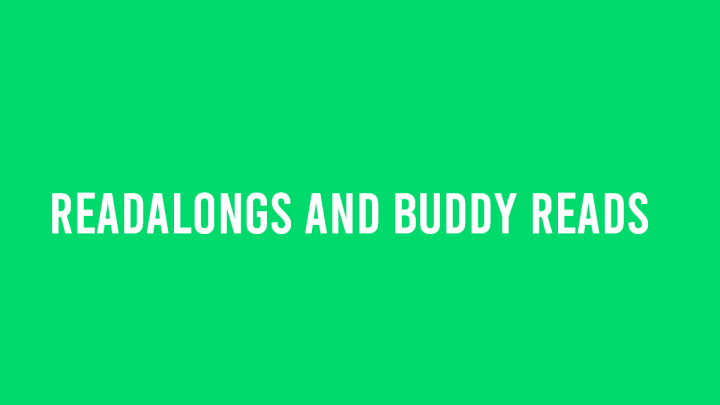 Did ya get the High School Musical song stuck in your head from that title? I’m not sorry if you did! Mostly as I did too, and I don’t even rate the song so, ya know.

But it’s a title that fits perfectly with what I want to talk about today; which is readalongs and buddy reads!