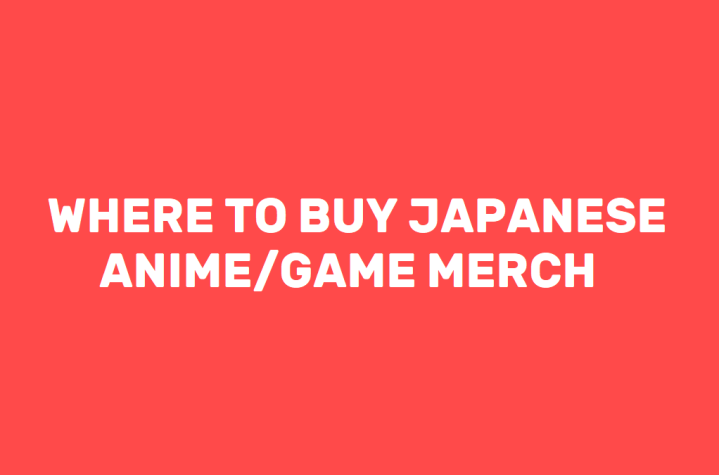 A bit of a different post for me today, but my birthday has just been, and you know I spent some money on merch. Not birthday money, what I got cost too much for that, but it’s something that I do often spend as much money on as I do books. I’ve been thinking about these sites I’ve learned about over the years and thought I’d recommend a few.

If you’re heavily involved in anime or game fandoms, you may already know all these resources. They’re all pretty well known, even if I only figured out one recently. Sometimes I can be a little slow, but that’s okay. This post is for the people who maybe only got into anime or Japanese games recently or the people who just don’t know where to look.

I won’t be including the obvious places like Depop, eBay or Amazon. I’m also not going to list particular UK stores. The shops on this list will be based in Japan, so you can order from them wherever you are in the world. I’ve bought from all but one, but the other is one that I’ve known a friend use before.

END_OF_DOCUMENT_TOKEN_TO_BE_REPLACED

Ensemble Stars is the name of a series of mobile games with anime and manga adaptations. It’s a gacha game where you collect cards of a variety of idol boys who you can interact with and learn about. But it’s a game that also has a lot of stories. From the main game storyline that was picked up in the anime, to the regularly updated event stories, there’s so much you can explore with these characters.

If you follow me on Twitter, you’ll have seen me talking about this series recently. It’s a game I’ve played on and off for a few years, but recently I decided to look more into the story. And honestly? I don’t regret it. For a game where the point is tapping along to songs or levelling up anime boys, the character development is incredibly well done.

The title for this post is referencing one of the characters. A guy called Eichi. I hate him with a passion, but the fact is, he is an incredibly interesting character. He’s someone with ideas of a revolution who wants to rule, he’s sickly and winds up in hospital when he works too much, and yeah, there are times where he seems to think he’s infallible. He made mistakes that he regrets, but he also didn’t expect others to rebel against the way he had run things.

END_OF_DOCUMENT_TOKEN_TO_BE_REPLACED

It’s 2021 now. Persona 5 has been out a few years now, and people are starting to discuss what they’d like to see in Persona 6. We’ve reached the series’s 25th anniversary, and now we’re all waiting for them to announce that this game is in development. Other Japanese games are including more queer romance options, so it’s time we see it in the Persona universe, right?

I agree that we need more queer romance options in this series.

But queerness is already present in this universe. Or, in some cases, it was supposed to see. And that fact highlights why now, we need it more present in this game series.

END_OF_DOCUMENT_TOKEN_TO_BE_REPLACED 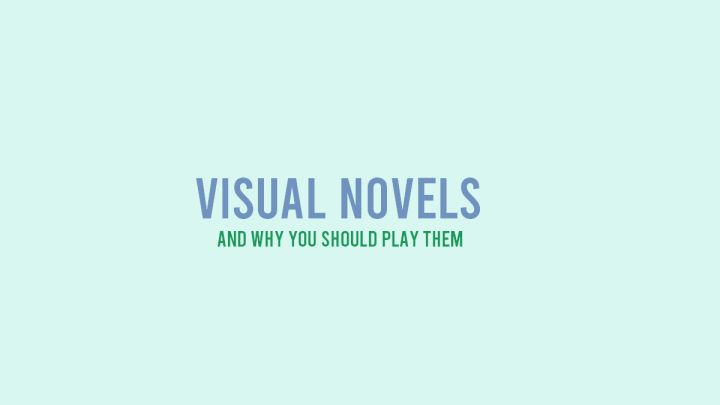 Today I wanna delve more into video games. I am a gamer myself. One who mostly prefers JRPG’s and handheld consoles. I’m a big fan of games with pretty graphics where you can romance pretty boys.

So what I’m talking about will probably come as a surprise to very few of you if you’re into gaming yourself.

Visual Novels (VNs) are exactly what they say on the tin. It is a visual story that you play your way through. You’ll probably be able to name your character, and you will get to make some choices as to how the story progresses. This is usually for different romance routes, but not all visual novels are otome games. When it comes down to it, there is very much a particular story that you are following. And you get to experience it with some gorgeous illustrations that you’re encouraged to collect.